“Do it again.” The command came from Mr. Lindstrom as we rehearsed a number for the fall musical. And we ran the scene, choreography, or song again. Again. And again, until it was acceptable, in his eyes, for opening night.

Mr. Lundstrom’s phrase followed me to college in 1976. The performance scholarship I received from National College of Education solidified my school choice, as well as the idea that most of the classes had a “do-over” policy that allowed students to retake tests up to three times and revise essays and research papers.

“Do it again,” became a phrase I repeated as a director seeking a next-to-perfect performance from my theater students.

It’s an idea that creeps into our lives in a number of different ways: “If at first you don’t succeed, try, try again.” OR “Failure is not an option.” OR “Do it until you get it right.” OR “First Attempts In Learning.”

Are you one of those people who quits the moment you can’t do something because it is difficult? Or are you the person who gets up and tries again?

I question, sometimes, whether the philosophy of participation trophies for children takes away the motivation for success. Whether not having winners in team and individual sports, as well as other areas of life, creates an acceptance of mediocre work. And what impact not learning how to fail and pick yourself up and try again has on young adults’ self-esteem as they enter the workforce?

You CAN do it!

That recipe for the cake you had at Aunt Sally’s over the holidays. That one that had the delicious, creamy frosting that covered the two melt-in-your-mouth luscious layers of cake separated with a fruity filling? The one you tried to replicate for your New Year’s Eve company but didn’t serve because the frosting was lumpy and the filling runny and the cake was heavy and burnt. Try making it again. Try making something else. Try analyzing the recipe and how you went about following the recipe.

That exercise routine that you declared on December 31st that you followed, but it is now January 4th and you haven’t gotten to the gym at all or gotten on that equipment you bought. Start today with the belief that you can succeed. Act like the person who is already healthy and fit.

For today, ACT like you are a success at what you are doing.

For today, BELIEVE in yourself, and BELIEVE that you will be successful at what you are doing.

AND, if somehow today isn’t successful, pick yourself up and tell yourself that you WILL TRY again tomorrow.

The Missing Pieces of the Empowerment Puzzle 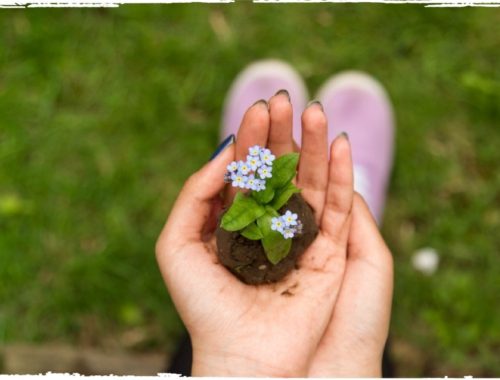 Spring Cleaning 501: My House, My Life, The World