I think these stories helped me develop the persistence that I have today. But don’t think I always rely on that persistence.

I have often looked at a goal and thought it was just too difficult or too time consuming to tackle. Or maybe that I was just not good enough.

As the fable, “Tortoise and the Hare,” goes, a tortoise listened to a hare brag about how fast he was and that he could beat anyone in a race. Tired of the hare’s ego, the tortoise approached him and challenged him to a race. There was a bit of banter between the two, but finally the hare accepted the challenge.

Race day came. The race started and the hare flew out of the gate. The tortoise, however, began with slow plodding footsteps toward the finish line. At some length, the hare noticed that the tortoise was nowhere in sight. What did the hare do? He stopped to take a nap. He took his sight off that end goal.

The tortoise, however, did not stop, even when he came upon the sleeping hare. Instead, he plodded on, finished the race, and WON. The hare protested, but the tortoise was the clear winner. The tortoise defended his win with this statement: “Slow and steady wins the race.”

At age 6, my oldest son (David) expressed interest in joining the YMCA’s swim team. Three or four days a week, I would pick my two boys up from the sitter, grab a quick fast food bite (single slice pizza was his favorite), and run to the “Y” for practice. My youngest (Daniel), age 4, was dragged along and would end up sitting with me on the bleachers for the duration of practice while I used the time grading papers or playing with him.

In order to be a member of the YMCA youth swim team, a child needed to be at least 5 years old. When Daniel entered kindergarten, he decided he wanted to join swim team.

Two children with interest in the same sport? A mother’s dream. At the end of the “try-out week,” Daniel had made the team; however, his exhausted self wasn’t sure he wanted to swim. As a parent, I started early expecting my children to be responsible for their own actions. So, I told him he had to let the coach know this – that he couldn’t just try out, make the team, but not show.

I stood by and listened to the conversation between my youngest and the assistant coach.

“Well, you will get better if you come to practice. Why don’t you give it a few weeks try?”

His first swim meet found him with the slowest time in his age bracket for one lap of the pool. (He was literally still swimming for almost a minute more than the child who finished before him.) But unlike a couple of other boys his age, Daniel finished instead of swimming to the side and quitting.

“It doesn’t matter how slowly you go as long as you do not stop. (Confucius)

Too many time, I have started a project only to abandon it because the work too too much effort or time, or the decisions were too difficult.

This spring and summer, my major non-writing project is to finish unpacking the boxes in the garage. They will have been sitting there for the last three summers. I have often started opening the boxes only to put everything back. The decisions about what to do with some of the items was difficult: keep the item, sell it, donate it, or just throw it away.

I have adopted and re-worked one of my mother’s philosophies. Mom’s version: If an item makes it into the garage for a garage sale, it is not to come back into the house. In many cases, if it didn’t sell at that first garage sale of the season, she boxed it up and tried again in the fall. My version: If I place the item in a “to sell” box, I can’t changed my mind after I get through the garage stuff. I CAN’T KEEP THE ITEM.

“It doesn’t matter how slowly you go as long as you do not stop. (Confucius)

I have often started January with a list of “New Year’s Resolutions” only to abandon my progress because there was a hiccup in the day or week, the negative habit was just too hard to break, or I didn’t have the motivation or drive that I had had in January.

How many times do we start a difficult task only to abandon the goal because the path is difficult?

Are you still following that exercise program you set for yourself at the start of the new year?

Are you still eating with your health in mind? following that vegan diet plan? or Paleo plan?

Is the basement still waiting for you to clean it? or the garage?

You’ve tackled it? You’ve lost those 20 pounds? You have adopted that exercise plan?

I’m proud of you.

If not, I understand. I have faltered, stumbled, and fallen flat on my face as well.

In the back recesses of our mind, we know that weight loss, body transformation, or making any changes in our lives that rapid is unhealthy AND impossible. But, sometimes we try anyway, and forget that it takes approximately 60 days (I read that somewhere.) to forge new habits and behaviors or rid ourselves of old, unwanted ones.

Now, if, in January, we had taken ourselves seriously and that goal of a “beach ready body” by Memorial Day weekend by eating healthy and taking ourselves to the gym at least three times a week (or a long walk in our neighborhood or using exercise equipment in our home), we could have lost that weight and toned that body at a healthy pace and kept the final results.

Let’s say that we set our sights on losing that healthy 1 to 2 pounds a week, that we had worked to eat in moderation (rather than elimination), and had at least clocked 10,000 steps every day. That effort would have given us a loss of at least 19 pounds, but up to 38 pounds, in 19 weeks. It wouldn’t have looked like much on the scale each day, but our progress would have been steady. Much easier than trying to be successful at losing 20 to 40 pounds from the time that you picked up the magazine with the headline “Beach Ready Body” by the beginning of June.

So, what is it that you want to do? Is it possible to take baby steps in the direction of that goal? No matter how you plan to achieve your goal, the most important thing to remember is

TO KEEP ON GOING 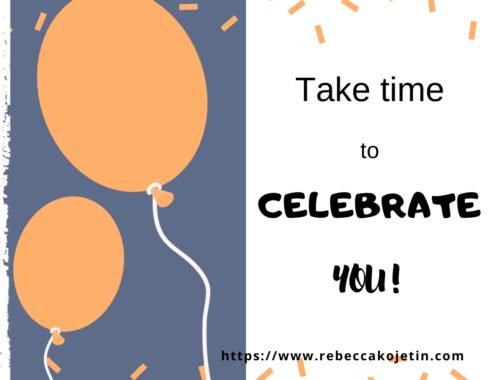 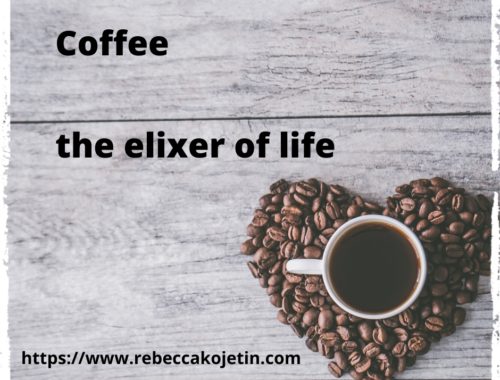