Some five to ten years ago, my hubby and I entertained the idea of becoming full-time campers when we retired. As we approached retirement, however, health issues dictated that we maintain a “sticks and bricks” but camp whenever possible.

I retired in 2014, and my husband became medically retired in 2016, but our love of camping burned within us. Numerous places throughout the US and the North American continent have found their way onto our bucket list, which is always growing.

Last year we spent almost 90 days in Glenda, our “vacation home on wheels,” but on October 15, we docked her in the back yard of our “sticks and bricks.” That’s some 140 days since we found ourselves in a campground, and the last 33 of those days were sequential. With the rain here in Middle Tennessee and the 20 some degrees I woke to today, camping season seems only a distant possibility.

Glenda has been a great camper, but after our full month excursion, we started looking into the necessity of trading her in on a fifth wheel. When we were at the International F.R.O.G. Rally, we took time to “toured” some of the fifth wheels they had on display.

Don’t get me wrong. I love the simplicity of camping in a tent. In fact, when we took a trip to St. Augustine and Naples several years ago – ok maybe 15 – we loaded the tent and the camping gear into the bed of the pick-up and headed out. We met several rainstorms on that trip, but the one that had me conceding to a camper of some sort was in Naples. It was a cloudy in the north as we headed toward Alligator Highway to visit a friend in Miami. We were sure that the storm would stay far enough north as not to cause much damage at camp. After all, we were sheltered by some massive trees.

Ah, the tree and tent combination.

(NOTE HERE: I had been camping one time previously in my life, but hubby is a seasoned camper.)

Returning to the campground in Naples, Florida, that fateful evening found that a branch had bent down to touch the side of the tent allowing water to enter the undamaged fabric. The air mattress was floating. We ended up bailing water out of the tent, wringing out all of our clothes and take them to the campground laundry, and throw out the luggage we had used. By 2:00 a.m., we were dried out enough to get some sleep.

We learned several things that first camping trip together.

#1. Trees are not always friendly toward tents.

#2. It doesn’t matter if you have waterproofed the tent, if it is raining and something is touching the outside, the water is probably entering the tent.

#3. Fabric sided luggage is NEVER a friend of campers.

We upgraded for the next year into a used, pop-up camper (Turtle). We traded Turtle in for a “hybrid” camper (Addy) after the trip to Gettysburg with temps in the 100s during the day and not dropping to my lower than 90 during the night.

We traded Addy in when I realized that I needed hubby’s help putting up the sides and he was on the road as an over-the-road truck driver.

The first travel trailer (Addy II) we owned after the “hybrid” was a total lemon and we traded it off after only a year of use. Come to find out, the warranty company and the manufacturer would not let the dealer tear off the walls to find the electrical shorts.

We traded Addy II quickly. Too quickly. If we had taken time to shop floorplans and styles, we would have probably jumped at that time to a fifth wheel. Instead, we purchased Glenda, a Forest River Heritage Glenn Lite travel trailer.

Glenda has been good to us. We lived in her for almost 90 days last camping season (late April through mid October). With two 70 pound fur babies (Pepper and Nutmeg) that like to travel with us, the floorplan of Glenda was tight. Pepper and Nutmeg like to lay at the foot of the bed which left us stepping over them if we got up in the middle of the night.

We’ve made it work, but sometimes life throws stuff at you that makes you scratch your head and say, “Although this could work, it is not going to work for our changing needs.”

So, we will be fondly saying good-bye to Glenda in about a week as we trade her in for a fifth wheel that contains the bedroom space we need, the floor space for the dogs, and an outdoor kitchen so we can eat healthy as we travel from one location to the next.

This weekend will be spent unloading Glenda. Everything will move to the barn (a storage shed) in our back yard. Then, when we bring the fifth wheel in, I will be working for probably the whole week figuring out where things should go (IMPORTANT NOTE: It isn’t until I actually live in the camper that I can clearly know if something works where I initially decide to put it or not.), and get ready for a three night / four day maiden voyage to check the whole thing out.

Stay tuned for this year’s adventures with ___ (She doesn’t have a name yet.) 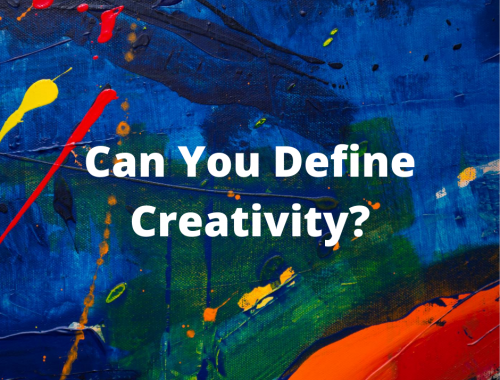 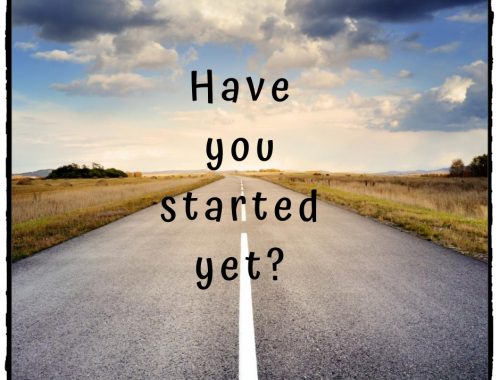 What Is the ONE Thing Holding You Back?