We are getting ready to take our FIRST EVER cruise! I’m excited.

Although I’ve been traveling since I was in elementary school, I am new to the concept of taking a cruise. I’m not going into this blindly. My mother had been on a couple of cruises, and I’ve been doing research.

In looking over some of my mother’s travel journals to re-discover her cruise adventures, I stumbled upon this rough draft of a letter she wrote to a cruise line in 2000. The cruise happened to be the maiden voyage for this particular ship, and some of the experiences seem to have had a lot to be desired.

I realize that the voyage we were on was a maiden voyage; however, in my way of thinking, I feel as though there were many areas that should have been addressed before the ship sailed.

There was an awful lot of confusion in the process of boarding. Why did it take so long for someone to realize we could stand in the shade? And, couldn’t there have been three or four lines for boarding since there were so many passengers? Upon receiving the key card, would it have been so difficult to give each one a map of the ship and some sort of check list as to what we needed to do? It was just by accident I found the dining room scheduling place, only to be given the impression they didn’t quite know what  to do with me as we were not traveling with … any recognizable group.

The wait staff was tipped according to your wishes, but there were several times I felt that both our dining room waiter and the Matre’ D were a bit short and pushy. I felt we were looked down on my not ordering drinks. On one occasion only one at our table received a salad and we couldn’t get it across we all wanted one. On Greek Night we all had to do with the same dessert – though we made different choices. Never once did we get our coffee or the cheese and crackers. And, seldom got the ordered coca cola (sometimes charged – sometimes not). The wait staff seemed in a great hurry to get us out (one night without dessert).

The state room was quite comfortable. However, we could not hear any directives with the door closed. And, on two occasions never got a  promised wake-up call.

There was no way to mail a card and no cashing of traveler’s checks. Do you think in the future this will change? Also, please put more numbers on the floors so that on getting off the elevator one would know where they were.

Perhaps, though, what has me disturbed the most was the misrepresentation of the time spent on tours. We were told there would be a 12 hour tour through Jerusalem and we were given an eight hour tour (with a lunch we had to gulp down because of time) and a 12 hour tour in Egypt which was shortened to a nine hour one (again with a gulp-down lunch). This was what we were lead to believe. We paid for twelve hour tours and the shortened time made for shortened and difficult visits. Have you thought about what you could do regarding this situation? Perhaps a rebate of some sort? You see, if we had been on a (fill in name of tour group) tour, we would have gotten off the shop faster. Do you feel this is a well-founded plan? I don’t think so. I also think you need to get smoother plans for disembarkments at all of your stops.

Now, I need to spend some time adapting my travel packing check list to add cruise items and delete other items.

What have you experienced on a cruise? What cautions would you give a newbie cruiser? Take a moment to share in the comments.

Become a Happier You 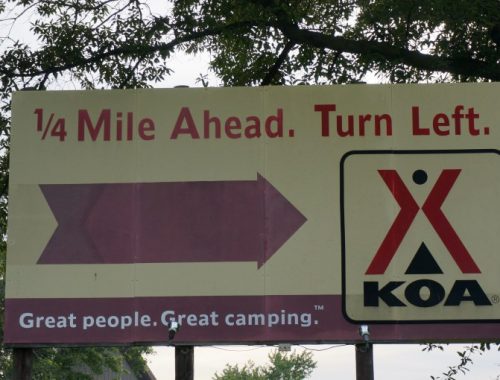