“Max is the most imperturbable student we have had here at the academy.” Professor Diggins sat across the table from the director, plastic lunch trays on the table. “His rotation in the ER had people asking how many years of experience he had. When I would respond that he was just in his first year of residency, they refused to believe me.”

The director stabbed his fork into the chef’s salad. “And the problem with that?”

“Well, there is no problem, but I’ve always been able to figure out what would shake the nerves of my students and residents so that they can work on those weaknesses.”

“You mean to tell me you bully every student?”

“Not bully. Test them. Figure out what would shake them up. Give them the tools to help them remain calm in nerve-wracking situations according to their needs.”

The director had begun attacking the piece of chocolate cake he had chosen. “Wouldn’t some people classify that as bullying?” He took a drink of milk to offset the dryness of the cake.

“Take Ralph for instance. I found that he gets unnerved when working with a child when the mother is hysterical. One night on his ER rotation, a mother brought in her son who had been roller-blading and fallen on someone’s driveway. The two bones in his arm had slid side by side. As the mother continued to shoot out questions and refuse to leave the child’s side, Ralph tried to work with both the child’s arm and the panicked mother. Ralph’s hands and voice shook. Ralph’s mentor took the mother outside the room to answer her questions and let Ralph and the two nurses work on the boy’s arm.”

“So, Ralph’s weakness was the hysterical person with the patient.”

“I’ve gone so far as to have Max work on a scenario with a cadaver. With a timer ticking, I challenged him to disembowel the cadaver looking for the multiple holes in the intestines, both small and large. Twenty-five holes in twenty-five minutes.”

“Most students who I challenge with this run out of time and are shaking because they know I have rigged the cadaver to slightly explode when the time is up. Max got all twenty-five in only fifteen minutes.”

“We will have to continue our conversation later, Director.” The professor deposited his tray on the cart and hurried down the hall.

“Professor, room 12,” the charge nurse told him as he came into view. “It’s Max. I’ve never seen him rattled.”

She walked beside the professor as they approached the room. “He walked into the room and broke into tears. According to the paramedics, the woman on the gurney they brought in the ambulance is his fiancé. She was in a pretty bad multi-car accident.”

Professor Diggins pulled back the curtain. Max’s mentor was working on assessing the woman’s condition, but Diggins went to sit beside Max on the floor. He put his arm around his student.

Dr. Franklin sponged the young woman’s face to remove some of the blood as he looked for lacerations that needed stitches.

“You know, Max, I doubt I could handle this situation either. How about we go to the cafeteria for a cup of coffee. Dr. Franklin will let us know when she is stable and what her complete injuries are.”

An Experiment Comes to an End 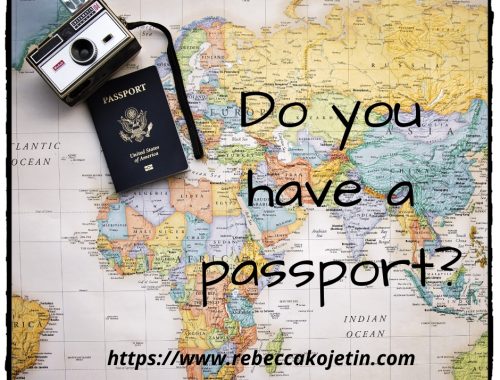 Do You Need to Renew Your Happiness Passport?