DO YOU HAVE DREAM SEED PACKET?

“What do you want to be when you grow up?”

Do you remember your response? Was it a doctor, or a lawyer, or an artist, or a dancer, a musician, a garbageman, or a carpenter?

As part of many high school testing programs, we take a test that supposedly helps us determine which careers we are most suited for. Did you take that test? Did the results fit you?

Even many magazines and the internet present us with tests that supposedly tell us what career we would be best at. Have you tried these?

Most of us have had an answer to the question “What do you want to be when you grow up?” or have taken a career aptitude test. It might have been to determine the direction you would take when you began college, or it might have been when we became disenchanted with the career we were in (or in the worst case scenario, after we got laid off) and needed to find a new direction.

These questions and tests prompt us to examine what we have included in our dream seed packet.

WISH: ON A STAR? ON A DANDELION? BEFORE YOU BLOW OUT YOUR BIRTHDAY CANDLES?

Remember picking dandelions after they had gone to seed? You remember, don’t you? You’d choose a dandelion with a full fluff of seeds and carefully pluck it. Then, you’d close your eyes and picture what you wished for and gently blow the seeds of the dandelion into the wind. Remember making a wish and blowing the seeds into the air? But, of course, you never, ever told anyone what you wished for.

Then, when your birthday came, you had another chance to wish again. This time, your wish would come true if you could blow out all of the candles on your birthday cake. It was easy for a while. Six candles in one blow? No problem. Eight candles? Sure, you could blow out eight candles; that is unless your parents had those trick candles that you would be sure you blew out, but quickly found that they were burning again. Sixteen? Eighteen? Ok, a bit more difficult, but you could do it. (And then there were some parents who simplified the process by buying one candle shaped in the specific number.)

What did you wish for? Do you remember? Was it something material or was it some sort of goal?

A wish, if only a wish, rarely gave us what we wanted or the success at some goal. We had no idea of what to really do to cultivate those dream seeds into reality.

But let’s back up a bit.

WHERE DID THE DREAM SEEDS COME FROM?

As children, we are exposed to other people’s accomplishments and achievements. When we see or hear something that interests us, we stash a dream seed into our packet by saying things like “I want to do that.” or “I want to be a ___ when I grow up.” or even “I want to try that.” And, hopefully, you’ve never stopped adding dream seeds to that packet.

The young child who watches the Olympics and wants to compete in gymnastics, or swimming, or skiing, or volleyball. The toddler who enjoys banging on the pots and pans in the kitchen and then sees a drummer in Mom or Dad’s favorite band. The young child whose pet becomes ill and watches intently the vet who works to help the animal.

Most of us are complex enough that we have a complete display rack of dream seed packets.

Sooner or later, some of the dream seed packets are removed from the carousel and planted in our young minds, and they become our garden of dreams.

Join me tomorrow when we explore how to cultivate and nurture your dream seeds. 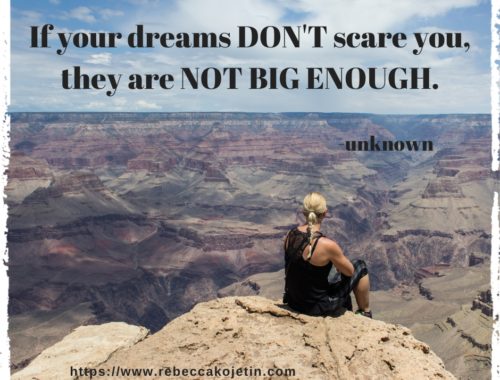 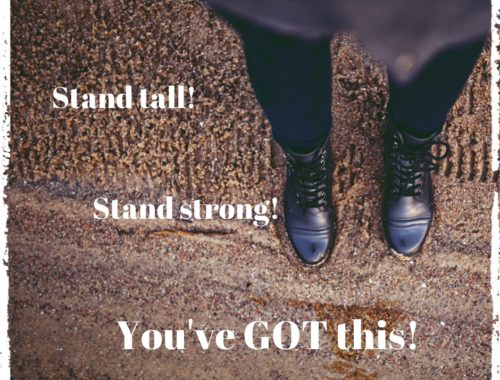 Stand and Be a Survivor