I went from high school to college to the work force. Now, after three years of being retired (actually 3 years and 3 months) I am still learning how to live outside the daily grind.

I attended National College of Education (a college that prepared individuals for a career in education) from the fall of 1976 through the spring of 1980. Like most of the people in my graduating class, I began applying for teaching positions in the March before graduation. I spent the summer teaching swimming and life-guarding at our local YMCA, interviewing for teaching positions, and following up on the interviews. It wasn’t until the week before school started that fall that I landed my first teaching job in Rockford, Illinois.

That position lasted one year until the district laid of over 400 teachers. New applications, new interviews, but in 1981 in Northern Illinois the available teaching jobs were few and far between.

I had resigned myself to the fact that I would probably be working at the YMCA full time. Not a bad gig, but not what I had hoped for. In early August (again only a few weeks before school began), the catholic diocese hired me to teach seventh and eighth grade language arts. The job was not without its drawbacks. Since I was not catholic, I would teach physical education to the elementary classes. Although I had been hoping to move out of my parent’s home within a year, the pay through the parochial school system did not afford me enough to pay rent, utilities, car payment and insurance, and necessities to survive. Within two years, however, I realized that this was not the place I wanted to continue to teach.

I began searching for a new teaching position after the Christmas holiday break. Why? I had gotten engaged the Friday night that began the Christmas break. When I returned to school after the break, I was approached by the principal (who was also a nun) and told that I was not to tell the students I had gotten engaged. She made me feel that I had committed some horrible sin.

My first husband and I got married in June, but again it took me until August before I landed a position teaching English/language arts, public speaking, and theater at the high school level. I finally felt at home.

I spent the bulk of my 34 year teaching career at this school, but when school district politics ran amok, I started searching for a new position. Difficult because after ten years of teaching and a masters, very few districts want to hire you. You are just too expensive in their minds. Yet I landed a high school position in the same district where I started teaching. If fact, it was also the same district I had graduated from, the same district my children were attending, but not the same school.

I hadn’t planned to retire until I was at least 60, or even 65. I hadn’t planned on moving out of the state I had spent my entire life. My last year teaching, however, was the icing on the cake. It was time to leave.

CLUE #1: When the students don’t understand your film and television references, it’s time to leave.

CLUE #2: When the students behavior is over-the-top but the parents think it is an acceptable way to behave, it’s time to leave.

CLUE #3: When the administration believes that you are a teacher who needs improvement because you didn’t attend professional development workshops over the summer because you were babysitting your grandchildren and caregiver/care coordinator for your mother who was diagnosed with cancer, it is definitely time to leave. (Especially when the administration knew before the summer began that you were going to be babysitting and they still have the attitude that it is no excuse – sorry for the rant.)

CLUE #4: When the paperwork load as an English teacher has you uninterested in reading for pleasure, it’s time to leave.

CLUE #5: When the paperwork load as an English teacher leaves you no time for ANYTHING else, it’s time to leave.

So, at the first of three evaluations and after my principal told me that this first evaluation would be marked “needs improvement,” I shared with her that she wouldn’t have the time to follow through with the rest of the evaluations, the teacher improvement plan, and the re-evaluation because I would be retiring in June.

I wish I had had a camera to record the shock in her face.

BUT NOW, WHAT TO DO WITH ALL THAT NEW FOUND TIME

I have always been a writer – all the way back to kindergarten. Now, I had the time to invest in my writing.

My biggest problem? Learning how to be a self-motivated person after being driven by a school year calendar and employers is my biggest challenge.

STEPPING INTO THE BLOGGING WORLD

I didn’t wait to step into the blogging world until I retired. I at least dabbled in it for several years. And I have even been dabbling for the last three years.

What has changed me into a more focused blogger rather than dabbler? I’m not sure.

I’ve tried to blog in a specific niche after attending a workshop that stressed bloggers are more successful in a specified area. I tried travel (one which I will be keeping a separate blog for); I’ve tried recipes (I’ve incorporated those into this blog.); I’ve tried health and diet (Again, I’ve decided to incorporate that here.); I have an author blog for my fiction writing (keeping); and I’ve tried crafts (However, since both my husband and I are crafters, I am working to put that up as a business site in the future.)

So, Coffee on my Porch was born and is now taking a more prevalent position in my writing week. The idea grew out of the summer mornings when my neighbor and I would sit at the cafe table on my driveway and drink coffee and talk about anything and everything.

So, grab a cup of coffee (or tea if that is your preference) and join me for conversation, insight, motivation, and friendship.

Nashville Repticon: An adventure worth experiencing 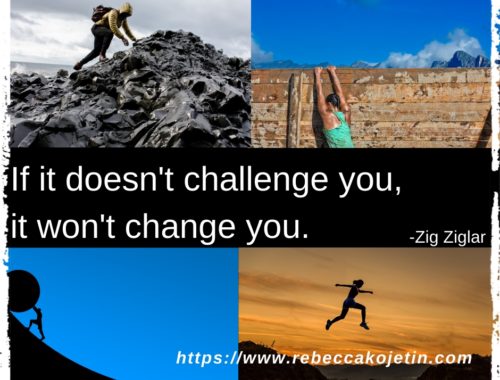