Last October Pepper was sent to the emergency vet by the cat. When the vet was finished, he called the cat a psycho-ninja-sniper-kitty. The “kitty” had, in one swipe of one paw with one claw, punctured one of the arteries at the tip of Pepper’s ear.

Direct pressure on the ear for over an hour provided no help. I’d release; he’d shake his head; and the wound would break open. The emergency vet bound the ear so that there was continuous direct pressure with the directive to see our vet the next day.

Pepper, however, was becoming well-known by the vet.

Last spring, we ventured to the dog park, and a Welcoming Committee greeted us.

Pepper loves it there. When I mention that we are headed to the dog park, he can’t wait to jump into the truck. As we drive down the road, he loves to stick his head out the window and sniff at the breeze.

His excitement, however, this past week got him into big trouble. He was hanging out the front passenger window as I turned into the dog park parking lot. He got so excited that his back paw stepped on the window control located on the armrest and was able to jump out of the slowly moving truck. Talk about panic. I carefully stopped the truck – I had no idea where he had landed – and threw the transmission into park. When I got to him, he was standing in the parking lot. It looked like he was asking me, “What’s the matter? Let’s go. I have friends to see.”

I checked him over – nothing seemed to be broken. He seemed fine.

After an hour, he seemed to be winding down. When we got into the truck, however, I had to help him into the truck. His belly felt raw and damp and there were some raw spots on his legs.

Another Quick Trip To The Vet

I was concerned that he might be more hurt than he appeared; so, rather than go home, we went to see the vet. Verdict: Just a great deal of road rash. Nothing more.

As the vet tech said, “We see Pepper for the strangest things.”

They put him on an antibiotic, an anti-inflammatory, and a pain killer.

Today, less than a week after jumping out the window, we went back to the dog park. This time, however, I refused to let him sit in the front seat.

Hopefully, this will be his last October vet trip. 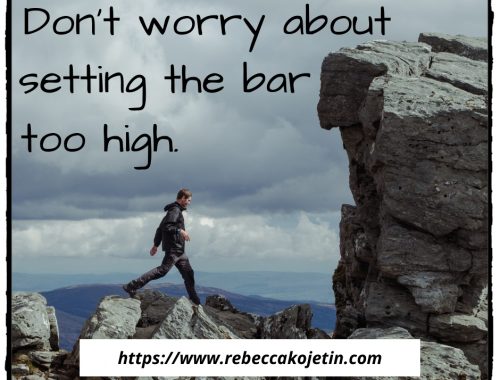 Where Have You Set The Bar? 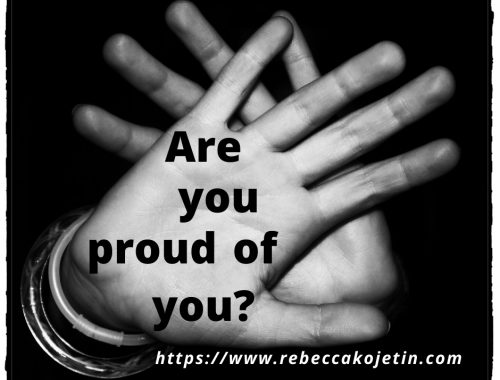 Yes, It’s Time to Learn to Be Proud of Yourself